A downloadable game for Windows, macOS, and Linux

is at the moment a brief-ish lecture, if I can call it that, about theoretical physics and life.

So please give it a go, and do let me know what you thought of my teaching abilities. If you want to learn about a particular subject in physics / philosophy, please comment below, so I can include it in the next update (and I will, trust me).

6. Get out your notebook (college ruled) for notes

Dude, i saw the other comments.. as you see below i had none of these issues!! But well done dude loved every second of it!! You have a talent for this KEEP MORE COMING

Couple of things on my first run:

-Train scene wasnt particularly obvious with what you had to do the first time around. Spent a good minute or two jumping around thinking the train was supposed to go somewhere, eventually started mashing buttons on every wall until the door opened up. Might be a good idea to put a better visual cue outside of the train, but I'm probably just an idiot.

-I couldn't figure out how to kill myself, and had to restart. Ran into it, jumped on it, pressed every button on it, nothing worked and I had to quit the run. Hopefully I'll figure out what to do next run.

Everything else was listed in known issues. I liked the black hole scene a lot, you got the panic feeling down. If anything needs to stay exactly the same, its that.

Still have no idea how to kill myself and progress. It seems like the model is semi-clipped into the chair, so if the idea is to push him over it doesn't work. Tried sneaking up and jumping to him just in case it had something to do with back stabbing, but neither worked. I've basically hit a wall.

-Might be a good idea to add some dialogue for if you stay in your chair. The following dialogue in the closet suggests as much, so when I played the game again I was disappointed nothing happened.

-The gloves lesson's pacing could be a bit better. The part where cricket plays happened a bit too early, so I missed the joke the first time around. Would be good if the trigger for it were closer to the briefcase.

Hoping the fixes for everything come out soon.

Have you tried using a pencil to get the job of killing yourself done? But I will continue to work on improving the game in terms of indicators through more voice overs.

Well that did in fact work.

Kind of disappointed there wasn't more content, but I guess being a school project and in an early state it's to be expected. I did like the alternate progression for going inside the black hole, but it did drag on a bit.

Thanks, and more is being added. There will be an update within the next hour or so to improve performance and completely reduce lag by 4x along with some small improvements on notes I've gotten. However I'm going to try to extend the game to at least half an hour by may. 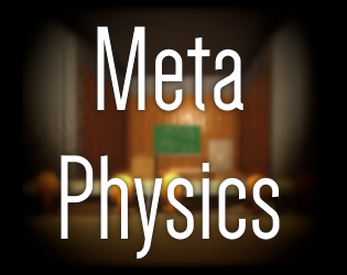